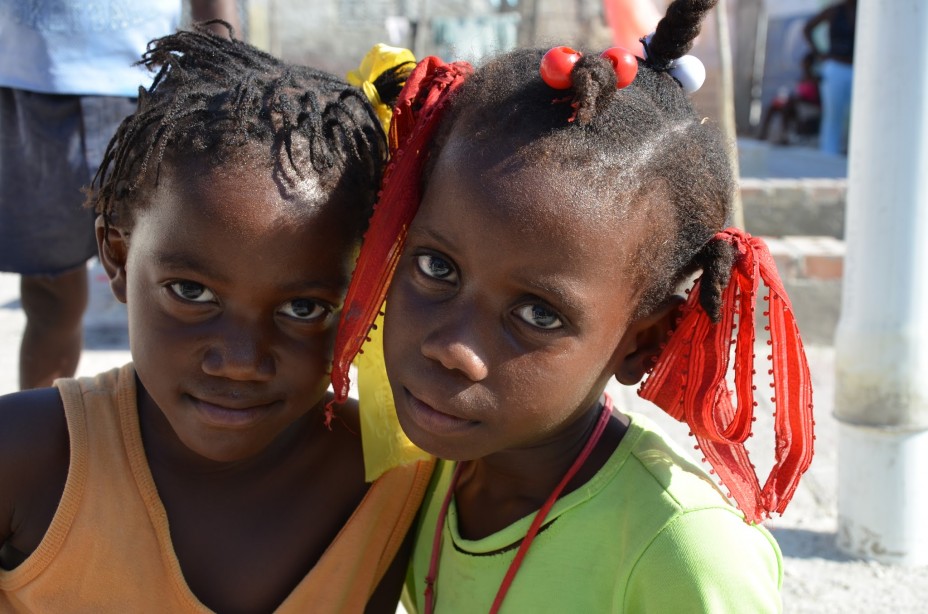 If you have ever known someone with true bipolar disease, formerly known as manic depressive disorder, you know that it can be painful.

When I was in medical school I lived downstairs from Don. He had a severe case of the disorder. Don was usually in pretty good shape, but occasionally when he felt himself with the twinges suggesting mania, he would deliberately stop his meds and go manic. He would feel great, until he didn’t . Usually he would wind up in a hospital several states away, feeling “…rather strange.” He had trouble expounding, but he knew it was not normal.

Yesterday I had the feeling that mine was a reportable case of bipolar disorder, but rather than a week or a month of sadness followed by an equal time of mania, I had these feelings at the same time. It really should be in a medical journal somewhere.

As we were driving into Cite Soleil, the huge, dirty urban slum was coming physically into view, and into smell. Strangely absent were the people, its streets typically teeming with their activity. Our manager Benoit was driving, and he slowed the vehicle to maintain a safe distance behind the truck ahead. He was not following the “one car length for every 10mph” as I like to remind the new drivers in my own home. Rather he was lagging behind to scope the road ahead and to ensure that should bandits suddenly appear with guns ready to pull a carjacking, we have a chance to turn around quick. The collegial chatter that normally reminds me of traveling home from high school with friends, suddenly ended. The nurses donned their Lamp for Haiti scrubs. The doctors put their stethoscopes around their necks. ( I gave mine to Toma, our registration clerk, thinking he would look silly in his sunglasses and trying to explain that he was with a medical team. ) We made it through, and the friendly banter rose up again to its normal volume.

The Lamp medical team has earned a place of respect in the community. Even the robbers will show some mercy, as they did two weeks ago and only stole about half of what they might have taken. Our staff’s courage in the face of such daily challenges is impressive, and they routine talk of the need to provide the care that they were trained to do.

Minutes later a young woman came in to be seen with pelvic pain. After examining her , and dong some simple tests in our lab, we were able to treat her with appropriate medications, professionally administered, in a way that made me beam with pride. The staff’s professionalism was standout. The young woman’s modesty and privacy was maintained, and she was treated with respect and kindness. Again, I think of college… I knew a gal who used to say “anyone can be nice”. And while not all follow even this minimum, what we are trying to provide is quality, not just nice care. We are doing that at Lamp.