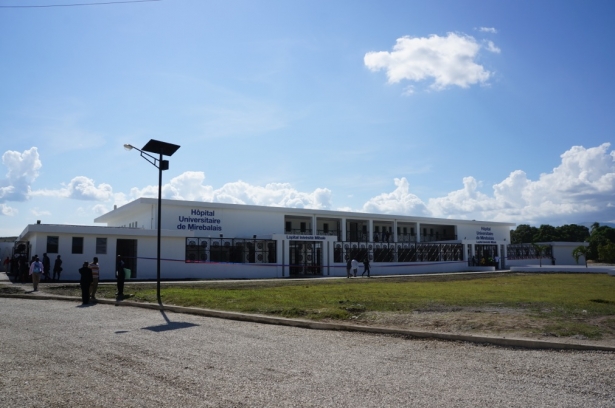 The three year anniversary of the Haitian earthquake is upon us, and Haiti still matters.

I have been asked several times in the past month the same question.  “What happened to all the billions of dollars sent to Haiti?”

I don’t pretend to  be able to answer that question on a broad scale, but I have personally witnessed exactly the types of good results that the American people would hope that their donations had gone to – providing direct lifesaving assistance to the poorest of the poor, in their hour of need. To be sure housing must be addressed more completely and expediently.   Recovery is far from finished, or even in full swing, but there is cause for more than naïve optimism. Let’s start with the literally thousands of lives saved by rescuers and disaster personnel who sprang into action following the earthquake in 2010. While less dramatic, important and effective strides are being made today by Haitians and Americans and other nationals.  For example, as bad as life was in the tent encampments, and still is, that there were not rampant typhoid epidemics or huge spikes in drug resistant TB is a public health accomplishment that ought to be touted as an example of a successful collaboration of the Haitian Ministry of Health and the international community.  The Ministry of Health in Haiti today is a much stronger institution than it was in 2009.

Drs. Paul Farmer and Jim Yong Kim, (Dr Kim is now head of the World Bank) have successfully implemented a model of healthcare in the developing world that has become prototype.  The organization they helped to found, Partners in Health, has demonstrated decisively,  on multiple continents, that  by working with the local government in helping to develop the public health sector, using local talent and paying fair wages,  quality lifesaving healthcare with sustainability can be delivered.   A new teaching hospital that will train tomorrow’s doctors and nurses in Haiti is one byproduct of such collaboration.

Our organization, Lamp for Haiti, works in a dangerous and very poor slum called Cite Soleil. Taking a page from the PIH book we utilize local talent, including Haitian doctors and nurses, and work in collaboration with Ministry of Health. We see about 200-300 patients each week, providing them with quality free primary and urgent care.  Many of our patients thank us each week for our presence and lifesaving work, made possible because of outside donors’ support in conjunction with skilled and intrepid Haitian staff.

A recent piece by Deborah Sontag in the New York Times sheds critical and much needed light on how recovery funds have been spent – or not spent – in Haiti following the January 2010 earthquake.  While the article is important as a means of public oversight of a vast project, I fear it misses contextual points.  First, recovery is expensive and often slow but it can yield results with flexibility, patience and persistence.   Consider that CNN’s  Adam Lashinsky reported a full two years after Katrina that the Lower Ninth Ward “…still looks as if a powerful bomb had struck.”   But America continued to believe in the Gulf, and it continues to recover today.

Haiti has about $7.5 billion to work with to recuperate from one of the worst natural disasters in recorded history. Haiti is among the poorest countries on the earth.  On that day in 2010, Haiti was devastated by a magnitude 7.0 earthquake at a relatively shallow depth of 8 miles. (A shallower earthquake sends more force to the surface, inflicting greater damage. Compare Haiti to Chile’s most recent earthquake with a magnitude 8.8 but occurring at a depth of 22 miles. This greater depth contributed a substantial degree of protection from surface damage.) The Haitian disaster left over two hundred thousand dead and perhaps 1.5 million more people  “displaced”, a euphemism for newly homeless.

The entire earthquake event was and is tragic.  I still experience unwanted, intrusive memories of a particular young man, about 22 years old who was lying on a gurney in a preoperative ward at St Damien Hospital. The air was dense with death, a result of gangrenous limbs and slowly fading persons awaiting amputations , those limbs which only hours before had carried them to their children’s’ schools or had waved good-bye to husbands and wives,  or had flagged down a Tap-Tap  to bring them to work.  Now the young man with a mangled right arm and severely crushed left leg – the crushed bones in the calf felt like sand and small stones in a leather sack – was lying on his back pleading with me through a steady stream of tears… “Please Doctor James. Don’t let me die. I can’t die. You understand?  I just graduated from university and I have a job and I am to be married. You are married, right Doctor James? You understand me? Please don’t let me die.”

I told him I wouldn’t let him die, but he did, sometime during that night from overwhelming infection.

As an internist and palliative care physician, I have seen scores of families through the process of dying.   As an Emergency Physician in lower Manhattan on September 11, 2001, and again in Port- Au- Prince after the 2010 earth quake, and again when cholera swept Haitian tent cities in 2011, bearing witness to death has sadly become a part of my professional experience.   Yet while this death was as tragic to me as any I have experienced, it has also inspired me; it has given me focus.  We cannot allow ourselves to become numb to such stories. They are real, and when we allow them to move us, they lift us up as individuals and as a nation, spurring us to act.

The second bit of context relates to geography.  It takes just under 4 hours to travel from JFK to Port-au-Prince.  The proximity of Haiti to the US means that the problems, particularly infectious diseases, on that island will not stay isolated there, and they are far more likely to find their way to America than diseases from more remote parts of the world. Bacteria cannot read, and they don’t respect international rules or territorial lines.  We would be wise to robustly bolster our efforts at supporting public health in places like Haiti, where such measures can have a significant impact on lowering the risk of the spread of disease in this country.

Finally, the concept of fairness is perhaps the greatest reason we ought to continue to be actively interested in Haiti. Americans inherently seem to understand fairness. Imperfect in our attempts to do so, we continually strive to level the playing field, as evidenced by  UN data on recovery and reconstruction following the 2010 earthquake, showing that fully one-third of funding came from the US. Fairness as it pertains to Haiti demands that we continue to care. As for me, I don’t give in to the naysayers who tell me that things will never improve, or that whatever resources sent there are squandered.  I suggest instead that they look into some of the positive work that is being done there, and I encourage them to stay involved.

Haiti still matters. Reconstruction in Haiti must continue, and surely housing needs to be addresses at a substantially more robust pace. But we can’t give up.  We can’t give in to frustration. We must stay involved as individuals and as a nation. It’s good for Haiti, and it’s good for us.