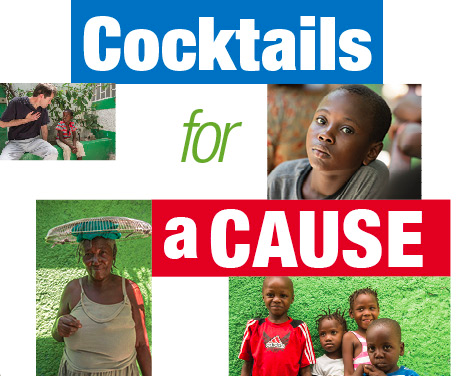 “Cocktails for a Cause” supports local doctor’s initiative in Haiti
When Montclair native Dr. Jim Morgan had been providing medical services for a few years in
Cité Soleil, an area scourged by terrible poverty in Port au Prince Haiti, he was approached by
one of the local women who had been working with him since he started the Lamp for Haiti Health
Center in 2006.

“How long,”she asked, “will you keep coming back?” His answer: “Until they put earth over my
body.” Fast forward a few years when a powerful earthquake devastated the beleaguered island
and Dr. Morgan almost overnight found a flight to Haiti and got a cab to the Lamp health center.
He was greeted by Jesalah, the woman who had questioned his commitment a few years back. “I
can’t believe you are here,” she wept. Dr. Morgan took her hands and said, “I told you I would
be.”

Being there, in the midst of the dire poverty, the lack of sanitation, running water and electricity;
being there, after the earthquake, after the hurricanes and tropical storms, and after many NGOs
and volunteers have left the island in despair, is what Lamp for Haiti does.  And that commitment
to taking care of the health needs of part of a community of 300,000 people living on less the $1
day has won the respect of the local people for The Lamp, and their full participation in its growth.

In the 11 years since Dr. Morgan and a few like-minded people, including his wife, Ellen
Cunningham, M.D., decided that they could provide, “some level of dignity” to the people of Bwa
Nef, the neighborhood in Cité Soleil where they have located the health center, both the numbers
of people served and the staff have grown. And the staff is entirely Haitian,  a number of whom
live in Cité Soleil. Fifteen men and women - two doctors, five nurses, a lab technician, community
health workers and other staff - provide primary care and emergency care and health education.
Five years ago maternal and child health care was added; more than 13,000 patients are treated
with children counting for nearly half.

As much as health care is desperately needed in a land where malaria, cholera, HIV-Aids are
endemic, that is not all the area needs nor all that The Lamp does. Besides providing health care
and related jobs within the health center, Dr. Morgan noted that the The Lamp creates jobs
around it. 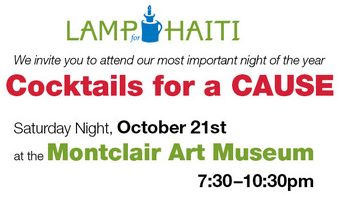 “People sell drinks and snacks outside the clinic and we use local workers for capital projects,” he
said. Recently, The Lamp had to have a $10,000 drainage canal built and all the labor was local.
And, In addition to building and maintaining other sanitation projects, including a public toilet, The
Lamp also offers tuition sponsorship to more than 30 children.

Dr. Morgan recounted how the level of deprivation around the clinic can be mind-boggling to
outsiders. And adding to this deprivation, the slow pace of any progress and bureaucratic
roadblocks  have led to abandonment by some foreign aid organizations, workers and volunteers.
“When we first started,” Dr. Morgan said, “The people here had had it up to here with outsiders
coming in, meaning well, dropping stuff off, starting mobile clinics, taking photos and walking
away.” People are well-intentioned, he added, but there has to be a willingness to listen, a hunger
for input from the people in the community. Without legitimate buy-in from the community,
“programs don’t stand a chance.”

Persistence, expertise and community buy-in are the reasons Lamp for Haiti has succeeded.
From its start as an effort by a few well-meaning Americans to distribute medications to needy
Haitians, the Lamp has developed more and more of a Haitian identity, with Haitians providing
health care and coordinating with other Haitian agencies in the area to serve thousands of people
who would otherwise do without. With a $400,000 annual operating budget, Dr. Morgan and the

Haitian and American staff have their work cut out.  But Dr. Morgan’s guiding principle never
wavers. “I have the capacity to impact lives - to makes lives worth living, the way my life is -  that’s what
connects me to the Lamp for Haiti,” he said. “And I want other people - here and in Haiti - to feel
connected to that work too.”