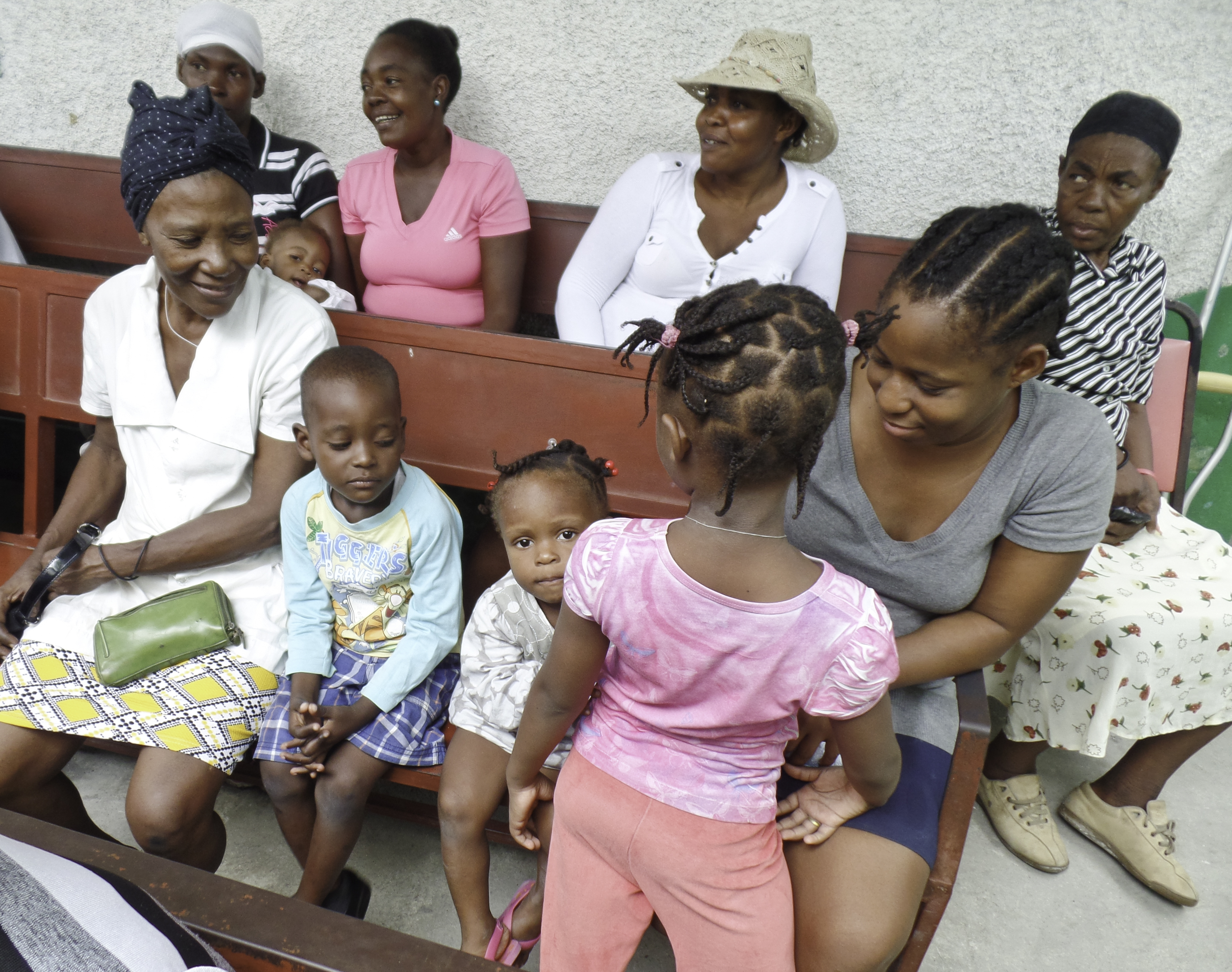 To gain an objective, patient-centered perspective on our medical services the Lamp conducted a survey of 100 patients.  We were interested in determining patient satisfaction with our Health Center, identifying strengths and weaknesses of our services and answering some specific questions on patient needs.  The survey was conducted by Dr. Isemonde Joseph, a visiting doctor who had herself grown up in Cité Soleil, and is fluent in Haitian Kreyol.  Dr. Joseph volunteered her services at the Lamp clinic for a full two months in late 2017 and conducted the survey at that time.

The survey respondents included 40 women – 20 of whom were pregnant – 40 children and 20 men; this is approximately the normal patient mix at the Lamp Health Center.

A striking outcome of the survey was the way in which it emphasized the economic hardships faced by our patients.  This came out most clearly when respondents were asked if they were satisfied with the outcome of their last visit to the Lamp, based upon the successful resolution of the particular health issue that brought them to the Health Center.  Seventy-eight percent (78%) said yes to this question, but 22% said no.  Upon further questioning it was discovered that every person in that group was prescribed a medicine or test that needed to be purchased outside of the Lamp.  Each of those respondents stated that they did not have the funds to afford this, or that it had been extremely onerous for them.  One woman, for example, said that she was forced to sell her sheets to buy the needed medication.

This is a distressing finding because it indicates that the Lamp is not only the primary care center for many people, it is the only care center that they can afford.  As a primary health care center we must refer some patients to higher level care and also prescribe some medicines that we are not able to provide.  We are committed to providing a lengthy list of essential medicines and tests and we purchase those supplies that we cannot get through pharmaceutical donation.  But our lists cannot cover every medical need.  The survey highlights the fact that many referrals are not pursued due to economic incapacity.  We must strive to expand our list of available medication.  But it also makes very clear that the medicines we provide are of critical importance to the well-being of our patients.

Note that during the last two years we have provided, through the clinic, an average of more than $1M worth of medicine per year.

Some other key findings are presented below.  Patients were asked to name three things (or less) that they appreciated about the Health Center and three things that they did not appreciate.  This was an open-ended question – the respondents were not prompted.

These are very gratifying results.  Note for example that “good quality care” and “exceptional doctors and nurses” were mentioned many more times than “low cost” — even though it is clear that “low cost” is critical to every respondent.  The quality of our staff and our services has not gone unnoticed.   Other positives that were mentioned included the health education sessions that are held each morning and the peaceful atmosphere within the clinic.

On the other side of the ledger one issue stood far above the rest: 27 people mentioned that they did not appreciate coming so early in the morning to get their ticket to see the doctor.  We operate – barring emergency needs – on a first-come first-served basis.  Given the intense demand for our services this is a difficult problem to solve, but we are working to reduce the stress on our patients as much as possible.

Forty-eight percent (48%) of respondents said they did not have any complaints. 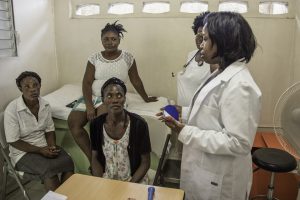 Dr. Joseph at the women’s clinic

We took the opportunity, in the survey, to ask some questions that were relevant to our women’s health program, including our plans to begin a birth assistant training program.

Seventy-one percent of respondents said that the last child in their family was born at home.  Of these births only one (1) was attended by a trained birth assistant.  The number is in line with our expectations, but it is good to have objective data to confirm our understanding.  We have heard many sad stories of the deaths of mothers and infants due to complications or due, more simply, to lack of sterile tools, hygiene, or relevant knowledge.  The survey allows us to move forward with our program of birth assistant training with a new sense of urgency.

The survey also asked whether the respondent would prefer the birth to be at home or in a hospital.  A fairly high percentage (29%) stated that they would prefer to have the delivery at home.  However, when queried further, it became evident that this preference was predicated on the cost of a hospital delivery.  Almost two-thirds of those who preferred a home birth did so because of the low cost.  The remaining persons, however, (9% of the total) stated that they preferred home births because they could access family helpers, they wanted to be cared for by family members, and/or they disliked the unfamiliar and impersonal hospital setting.

Overall, the survey provided a good snapshot of patient opinions and concerns.  We are affirmed in the knowledge that the community holds the Lamp Health Center in high regard and that patients are, in general, very satisfied with the quality of care they receive.  We will continue our efforts to improve our services, so that – when this survey is repeated next year – the results will reflect these improvements.