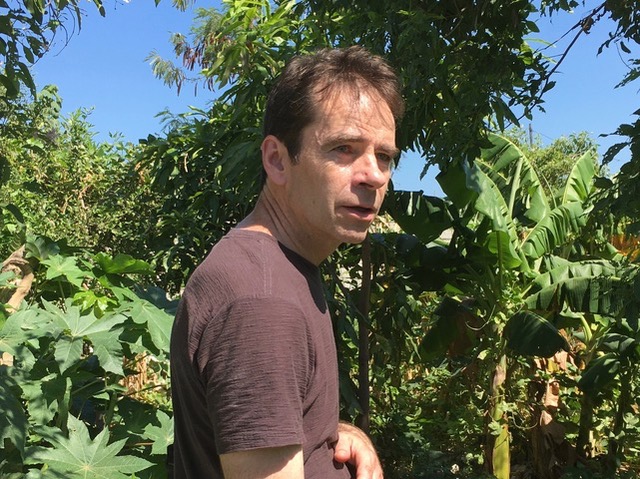 Nine years ago today, at 4:53 pm, a 7.0 magnitude earthquake struck Haiti. With that event, came abrupt devastation and loss of life and suffering.  Accurate counts are hard to come by, but suffice it to say many died, many became amputees, many lost a home.

None of us have given up.

I recall in the aftermath of the tranbleman tè a physical fear that we might not be able to access food or water, and feeling constantly parched. I recall the smells permeating around the city, as bodies began to decay under the rubble. I recall the exhaustion of the seeming never-ending line of patients to be yet seen.  But in particular, I recall one young man whom I was helping to care for. He was about 25, and he had been working in a local business when the building collapsed suddenly. He lay on a thin mattress on the tile floor before me, his left arm crushed. The once sturdy radius and ulna of his forearm were quite literally ground into a sand-like state; the swollen, red soft tissue of the arm belied an insidious growing infection. We gave him fluids and antibiotics and pain medication, and we prepped him for surgery to have an amputation.

And I sat down with him and we talked. “You have to save me”, because, you see, he had a fiancée, and was to be married in a few months. Also, he had a job, and his mother was counting on him to provide for the family. “So you have to save me.” He asked me about my family, and wanted to know what brought me to his country. He had so much pain, he said, but the medicine helped.

I saw many patients that night, stopping to check in on my friend several times before my relief arrived. I tried to reassure him that the surgeons were working as fast as possible. I examined his swollen arm and noted his growing fatigue, and said goodbye one last time.

The next day, I found out my friend died. I wept for him then, knowing that my tears were but a few drops in the sea of tears, and I went back to work.   As we all know now he was one of many who would perish, and yet he left behind people who would not allow their lives to be defined or confined by this tragedy. People like you who would continue to stay engaged in life, and try to make it a little bit brighter.

There exists in certain parlance a simple notion of see, judge, act. We keep our eyes open to the world around us.  Should a certain condition arise, the see-judge-act model suggests we follow observation with deliberation. Is this situation normal? Can I, ought I, involve myself? Finally comes agency. Agency involves risk taking, and engagement.

Today we have an opportunity to recall in solidarity the pain of the 2010 earthquake. But with agency, with organization, with great hope let’s continue to engage the personhood of one another.