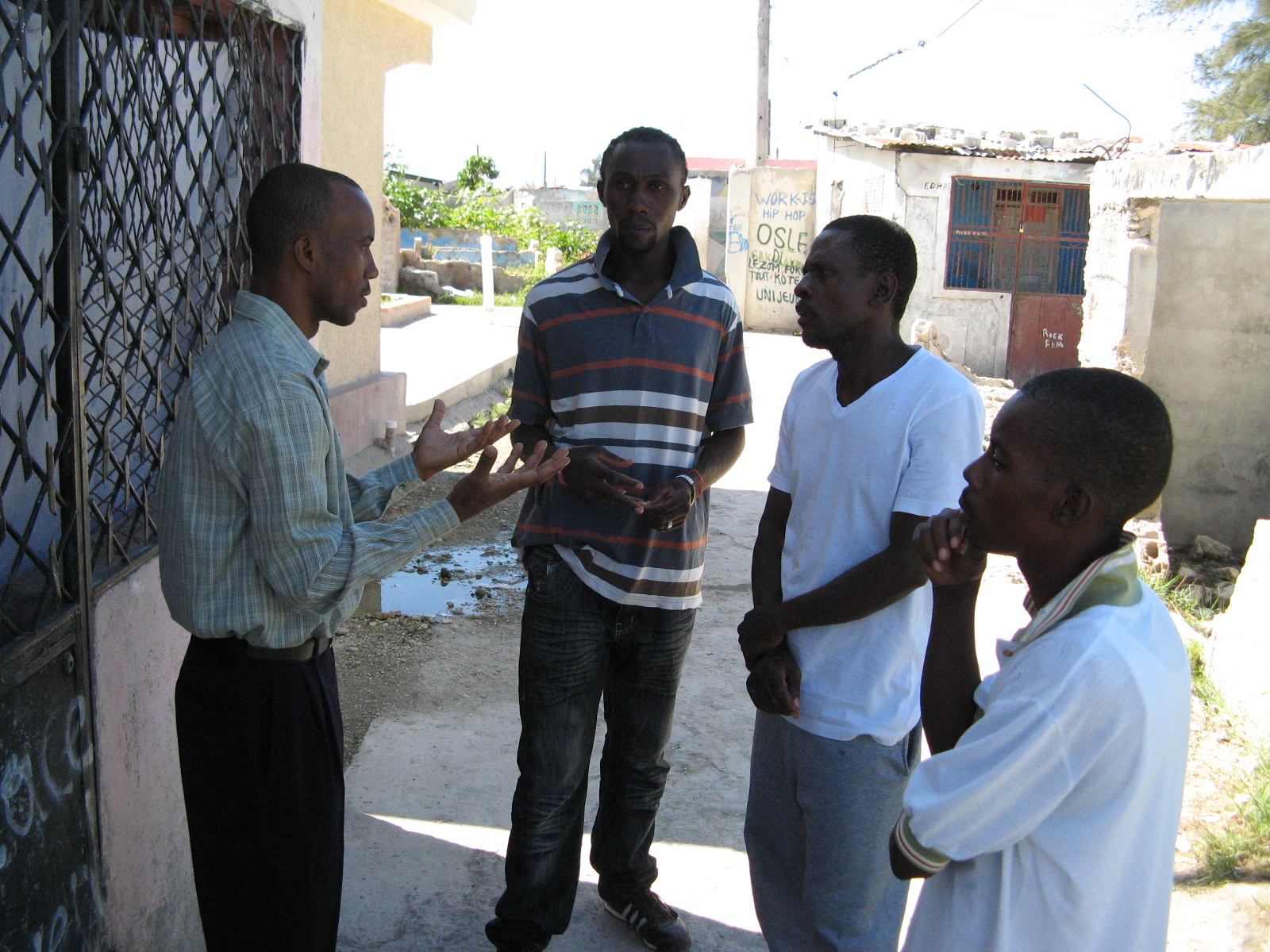 I’ve just come back from two weeks at the clinic in Haiti and the topic on the top of my thoughts is security. The Lamp’s work goes on as always, the staff are ever-more impressive, the quality of care always improving, but there is little doubt that life and work in Bwa Nèf is becoming more and more risky.

I have always been very aware that the Lamp’s special significance is its willingness to work in an area that few would even dare to visit — but this trip made the reality come alive for me.

The Lamp for Haiti works in Bwa Nèf, a section of the sprawling slum of Cité Soleil. All of Cité Soleil is impoverished and to some degree dangerous, but Bwa Nèf has a reputation well below the norm. It is a place that is outside of any normal government concern — the residents must sink or swim on their own. The area is dominated by local gangs that threaten, harass and rob the residents, and demand “protection money” from local businesses. On the main roads they surround and rob passing cars, including even long distance buses with 60 passengers or more. Bwa Nèf has always been a risky place to work but it has been getting worse.

The week before I arrived, a gang in a neighboring area shot and killed the principal of a local school along with the head of a well-known radio station and two other people. Police response to this type of incident takes the form of armed forays into the residential areas in search of the guilty parties. Pitched gun battles are the result, with innocent bystanders the frequent victims of gunshot wounds. Gangs take the opportunity to commit robberies wherever they wish. In this instance, gang members stormed through Bwa Nèf, robbing residents with abandon, and burning at least two homes. Many people in the area responded by simply fleeing — staying away from Bwa Nef altogether until the situation had settled.

When I arrived I found that local gang members had increased their visits to our clinic, demanding money. I braced myself for a conversation with them but other things intervened, for good or ill. A couple of days after my arrival a group of policemen crashed into our clinic, pointing their guns at the staff and demanding to know if we had been treating any “bandits”. They were, it seemed, searching for a gang member they had wounded in a recent shoot-out. It is certain they would have shot him dead if he had been at the clinic that day. Ironically enough, their aggressive behavior scared the staff more than any gang member ever had.

A couple of days later two bodies were found on the main road, very near to the clinic, and gang activity died down in anticipation of local police action.

It is a hard neighborhood, there is no doubt. Our own hope is this: that we can continue to build our reputation in the area, for neutrality, community service, and genuine caring, to the point that all community members, even the gangs, view us as an integral part of the community. Something to be protected rather than attacked. Our many meetings with community leaders show us that we do have a tremendous amount of respect and support in the community. With their help, and with the inspiring commitment of our staff, we will push through the hard times, put down deeper roots and, together with the community itself, grow stronger.

Please note that your donations to the Lamp will directly support our activities in Bwa Nèf, Cité Soleil — a community that is as impoverished and deserving as any in the world. Your compassionate consideration is very much appreciated.